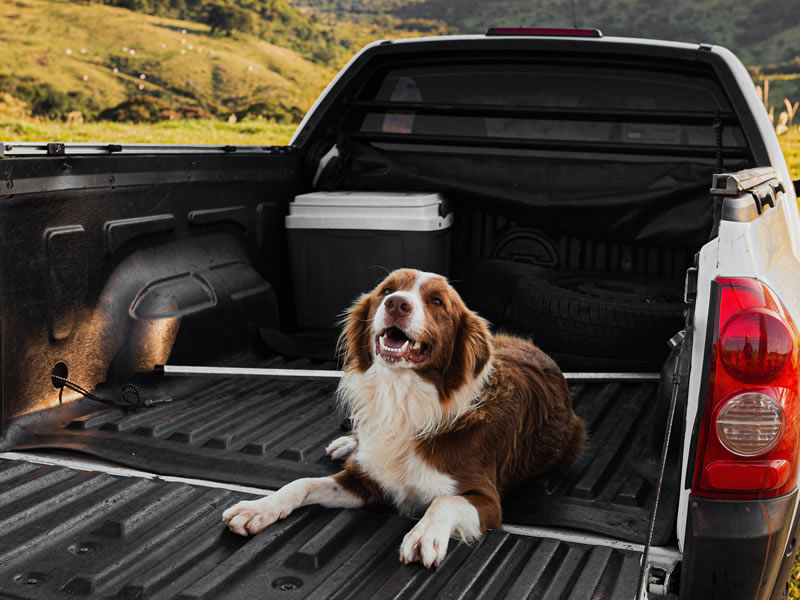 Travelled inetrstate with your dog?

On 18 June 2021, Victoria detected the first case of the dog disease ehrlichiosis in the state. The infected dog lives in the Wimmera and originated from the Northern Territory where the disease is established.

The disease has now spread across Australia since the initial detections in Western Australia in May 2020, with ACT being the only territory now not having detected the disease in an Australian dog.

Dogs with ehrlichiosis may range from showing no signs of illness through to becoming very sick and may even die. Signs of unwellness can include fever, tiredness, eye changes (conjunctivitis, cloudy or red eyes), abnormal bleeding such as nose bleeds or bleeding under the skin, which can look like red patches, small spots or bruising; and swellings on the body and limbs.

Ehrlichiosis, also referred to as canine monocytic ehrlichiosis (CME), is caused by the Ehrlichia canis (E. canis) bacteria and transmitted by the brown dog tick biting and infecting dogs. On rare occasions, humans may become infected with E.canis through the bite from an infected tick. Dogs cannot directly transmit infection to people or directly to other dogs.

There is no vaccine against ehrlichiosis, but antibiotics may assist in managing the disease if affected dogs are treated early. Tick control is the main protective measure against the disease.

Reduce the risk of bringing the disease into Victoria by adopting or purchasing dogs within the state. Avoid bringing dogs into Victoria from high-risk areas where ehrlichiosis is established, which include the Northern Territory, northern Western Australia and northern South Australia.

On rare occasions humans can get ehrlichiosis through the bite of an infected tick. Please seek medical advice if you feel unwell after being exposed to ticks.

Pet owners are encouraged to carefully monitor the health of their animals and seek veterinary advice if there is any suspicion of illness.

Check your dog for ticks:

Regularly check your dog by running your fingers through your dog’s coat, over their skin, feeling for abnormal bumps. Pay particular attention to the head, neck and ears, chest, between their toes and around their mouth and gums.

Also check your dog’s surrounding areas for ticks as ticks may hide in warmer areas in the house or building.

If you find a tick, put it in a clean resealable bag and take it to your local veterinarian to submit for identification. Freeze the bag with the tick first if you cannot take it to a vet immediately.

Put a tick-control program in place for your dog(s) in consultation with your vet, particularly if you are travelling with your dog to high-risk areas.

Use products registered to control and/or kill ticks on your dog, specifically brown dog ticks which can spread ehrlichiosis, and follow instructions on the manufacturer’s label or as directed by your vet.
Use repellent tick collars and spot-ons as the best primary protection, in combination with tablets and chews registered for tick control.

Common signs of ehrlichiosis can include:

A dog could have ehrlichiosis if it shows some or all of these symptoms, and particularly if they have travelled to or come from a high-risk area.

Dogs with diseases or health conditions other than ehrlichiosis could also show these symptoms. Therefore it is important to take unwell dogs to a vet for professional advice, tests and treatment.

If you think your dog has ehrlichiosis, contact your vet or call the all-hours Emergency Animal Disease Hotline on 1800 675 888.

For the health and welfare of your dog, it is best not to travel into high-risk areas with your dog. If you choose to travel with your dog then please ensure effective tick control is in place.

Reduce the risk of bringing the disease into Victoria by adopting or purchasing dogs within the state. Avoid bringing dogs into Victoria from high-risk areas.